RSS
← Third Reflection
About my dreams → 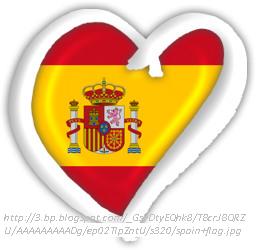 Last week was the third meeting with Ms Lidya in MMSEL subject. The class is started by constructing the ground rule in our classroom. It was about lateness. I completely agree with what Ms Lidya did. The new ground rule is the tolerance only for people who late up to 15 minutes, but not twice in a row. It is important, because as the students we should respect to each other. We MUST respect to the lecturer, other students and the subject itself. So, I hope there will be no laziness in my class. 🙂
The next activity was about our own dreams. Ms Lidya wanted us to draw about our dreams in the next 5-10 years. My dreams in the next 5-10 years are:
I also interested in my other friends’ dream. All of them have a great plan in their 5-10 years later. I extremely hope that it will come true. 😀 😀
Last, we discussed about beliefs. The method that Ms Lidya propose is Jigsaw Reading, there are five beliefs that we discussed in that time, i.e. belief about future outcome, belief about intelligence, belief about capability, belief about value, and belief about cause of performance. My group (Mita, Ratih, Huda and I) divided the expert only from belief about future outcome until belief about value. I became the expert of belief about intelligence. My other partner who became the expert of this field are Evik, Rahayu, Andi, and Desy.
There are two types of intelligence i.e. entity and incremental. Entity is a static one, who believe that intelligence come from our parents’ heritage. People like them always failed whenever they get trouble/problem, because they will take it as the fact that they cannot do that thing. In other hand, incremental is a dynamic one, who believe that intelligence come from efforts that they gave. People like them always see that trouble/problem is the way they can improve their intelligence. 🙂
Overall, I really enjoyed the learning activity today. It’s not only talk about the materials, but also about my dreams as my motivation to become a better person, also a new generation of teacher. 😀 😀
Jonathan Saputra
2009110004

Posted by Jonathan Saputra on October 10, 2011 in Reflection week 3

← Third Reflection
About my dreams →